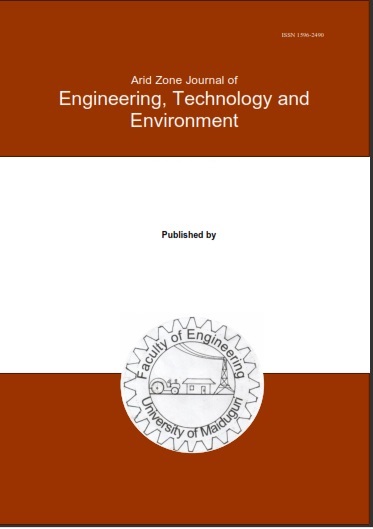 Reference evapotranspiration (ETo) models are fundamental tools in decision-making in agricultural water management. They have potential spacio-temporal variations due to climatic variability that challenges their individual reliability in decision-making. The sensitivities of five ETo models were examined using the factor perturbation simulation approach (FPSA). The examined models were Penman-Monteith (PM), Hargreaves-Samanni (HS), Blaney-Criddle (BC), Jensen-Haise (JH) and Thornthwaite (TW) to alteration of climatic variables (wind speed (U2), maximum and minimum air temperatures (Tmax and Tmin), vapor pressure deficit (VPD), and Solar radiation (Rn). The study utilized ten years meteorological data obtained from Nigerian Meteorological Agency (NIMET) offices in Maiduguri between (2002-2011) for Borno State, Potiskum between (2005-2014) for Yobe State and from the Upper Benue River Basin Development Authority, Yola (UBRBDAY) between (2005-2014) for  Adamawa, Taraba, Gombe, and Bauchi states respectively.  Thus covering the entire northeastern region of Nigeria. The region was fractionalized in to three zones namely Borno State (zone A), Yobe State (zone B) and Adamawa, Taraba, Gombe, and Bauchi States (zone C). The results from zones A and B showed some distinctive similarities. Additionally, Blaney-Criddle, Hargreaves-Samanni and Jensen-Haise models outperformed Thorntwaite model, signifying that Thornwaite model is not suitable for application in this region. On an annual average, PM model was most sensitive to U2 and least sensitive to Tmean. BC model was highly sensitive to n/N with sensitivity coefficient (S.C.) of 3.640 in Borno and 3.611 in Yobe, and it was least sensitive to RH. The temperature difference (Tmax-Tmin) was found to have affected HS more than Ra. The Thorntwaite model was most sensitive to solar radiation. Similarly, it was observed that U greatly influenced the performances of the studied ETo models.  For accurate and reliable output from any ETo model, emphases need to be placed on accurate measurement, documentation and systematic handling of the climatic variables and calibration.